One result of having my second book "Wonderful Walks from Dog-friendly Campsites" published is the range of new experiences that have arisen.
It has been a rather roller coaster ride.

On reflection, (looking back after several weeks) promoting and selling my book at the Newbury Motorhome show was a success.   So much so I was happy to repeat the experience.

So I booked a stall at the Norfolk Motorhome show.

Things began to go array right from the start. 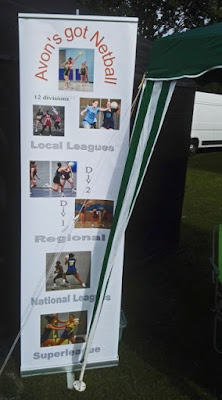 Things began well with books proving popular.
Then a sharp shower halted proceedings with people decamping.  The rest of the day was slow.
I hoped Saturday would prove different but with a dire weather forecast this seemed doubtful.  And so it proved.  The morning was not too bad but the showers were very heavy and footfall was sporadic.

The upside was a Saturday evening outing with a friend from Norfolk.

Sunday was a lovely bright sunny day.   Unfortunately sales of my book did not improve BUT the day was considerably brightened because I met a couple with a dog who had bought my book from some other source.  They had been to one of the campsites and followed the walks.
They liked the book and kept it in their van.

All things considered it was not the complete wash out that the WH Smith signing was.

At both motorhome shows I lost sales because I was unable to accept card payments.
This is now rectified  I have just acquired and set up a card repayment system.
I now just need to test it. . 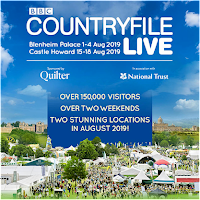 I was thinking of asking for volunteers to to donate a payment so I can see if it works before my next show this weekend.
Not sure I would get many such volunteers

The weekend after that I have a very special show.