For me, travelling in my motorhome is not at all pleasant once the clocks go back in late October until several weeks after the winter solstice or "midwinter" as it is sometimes described.

On occasions trips in early November are possible if the weather is especially sunny.  Such was the case this year. 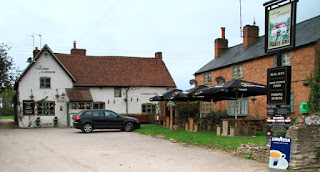 I had a wonderful outing to Warwickshire. I stayed at a campsite attached to a pub with a very distinctive name;- Cottage of Content.   From here I took a bus to Stratford-on-Avon.

After a brief explore of the city I then walked back to the campsite via The Shakespeare Way. 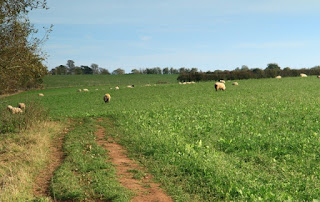 What a fabulous excursion.
The views, though not spectacular, were pleasing and relaxing and the Trail was really easy to follow.

My only concern was to reach the campsite before it got dark.  This would not have been a problem if:-


Anyway we did manage to make it back to the motorhome before it was too dark.  Short days (long nights) hugely limit walking options.  This is why I am disinclined to take the motorhome out in the winter.

For me celebrations begin at the Winter Solstice or "midwinter".  The days may lengthen by only a few minutes each day but somehow it seems much more.  I can at last begin to make plans for outings. 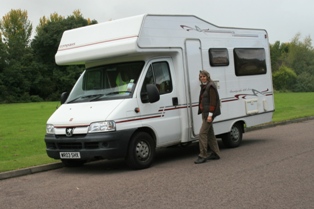 First I have to prepare the motorhome:-


Once this has all been done off I go chasing the sun.
Hooray.
Time to plan.

Posted by Anna Chelmicka at 12:16 No comments: 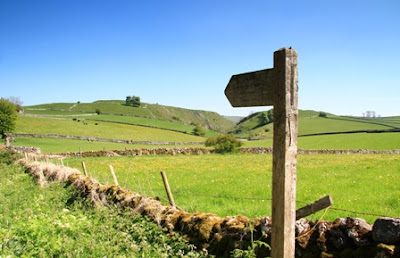 I should imagine like me you believe getting permission to build on the Green Belt is extremely difficult nigh impossible. Well you are mistaken.  The report  State of the Green Belt 2018 commissioned by the CPRE (Campaign to Protect Rural England) uncovers some appalling  facts and figures:-

As I have learnt, not only from personal experience but , whilst researching for my next book, from people all over the UK, once plans are “proposed” in due time they materialize despite any objections from the local populace.  Yes consultations are held but any views expressed are totally ignored.  The consultations are only held as a tick box exercise and to make it more difficult to challenge the plans on legal grounds.

So the question is how to become more “active” in protecting the Green Belt. As an individual this is difficult.  One way is to become a member of the CPRE (Campaign to Protect Rural England).  This is what I have done.  Membership is only £3.00 a month; less that a cup of coffee or pint of beer.

Feeling passionate about our countryside I felt it was important to support the work of the CPRE so I also joined my local group.  The committee members (all volunteers) are extremely hardworking and very knowledgeable about planning application, engineering, town planning, policy making etc.  The CPRE uses any monies they receive on fees needed to legally challenge various applications.

One important thing I have learnt is that the only objections given any consideration are those which challenge the reasons for the application.   So for example if public transport is not mentioned as a benefit of a specific application then any concerns about public transport the general public may raise are totally ignored as being irrelevant.  Another significant lesson I have learnt is the power of the law and money.  Any application which is carefully scrutinized by a lawyer (which usually costs a lot of money) is more likely to be modified if not rejected.  Oh to have won the lottery!!

So if you value our wonderful countryside and want to help protect the Green Belt join  NOW the Campaign to Protect Rural England   https://www.cpre.org.uk/ 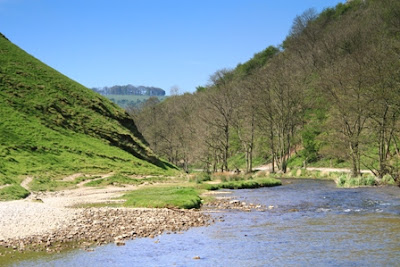 Posted by Anna Chelmicka at 13:47 No comments:

The news for sometime now has been dominated by Brexit.  I find the whole sorry scenario incomprehensible; like looking into a muddy pond. As the waters swirl so gradually a shape appears and then slowly disappears. The longer one stares at the pond the less one sees.

What disappoints me most about the whole sorry Brexit saga is the behaviour of the politicians.  Brexit is the most important episode in the UK's history since World War II.  So rather than squabble amongst themselves like children in a playground they should take a leaf out of WW II history books.  The politicians should put aside their differences and form a coalition to resolve the thorny problem of Brexit.  This would then show Europe a strong united country; something we could all take pride in.

If you have read this far no doubt you are asking what has Brexit got to do with Read of the Month;

Well it is a commentary upon current political thinking.  I read it long before Brexit and Trump but it seems even more relevant now.

I found it a VERY interesting book.  Though I did not always understand the points, his explanations were well thought out and logical.  The book provoked a range of strong emotions.  It should be read by everyone, especially those involved in politics.

I really like the way it was set out so clearly and simply;


The Conclusion itemizes 8 ways to improve the current system.

December's read of the Month is informative and excellent.

It might help clarify the Brexit issue
Posted by Anna Chelmicka at 14:07 No comments:

I am so excited.

As the publication date, February 2019, approaches for my second book "Wonderful Walks from Campsites with your Dog" so the manuscript has undergone various stages for publication. 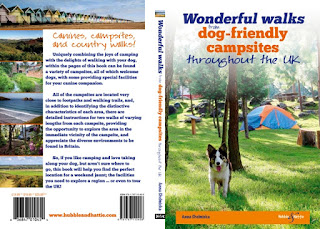 Seeing the proofs including the layout proofs has been really exciting.


Then there is the complete cover; front and back.


It all now seems a reality as besides the book being in the publishers online shop;

I also have an entry on the Author's page.

I am so excited.

Posted by Anna Chelmicka at 14:05 No comments: