This month has been so busy I have not only been unable to do a weekly comment, but I also failed to do the "Read of the Month" and "Photo of the Month".
Things are quieter over the next couple of weeks so I can catch up.

Because things have been so unsettled I felt I needed a shot of "Countryside Calm". and went away for a few days to one of my favourite campsites "Burrowhayes.

The splendour  of the landscape always works its magic

creating an oasis of tranquility.  Also at most campsites wifi and phone signals are variable.  As a consequence all technological interactions are less efficient and time consuming.  I only deal with urgent matters and pick up the slack when I get home

This is the slack.

Book Signing - Bath
Despite my best efforts this was not a success.  I did sell 1 book.  Not only had she come some distance,  she was most complimentary. 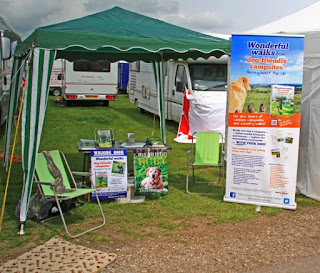 So began my first Motorhome Show experience as an exhibitor.