The Secret Life of Bletchley Park by Sinclair McKay


This seems an appropriate book for November.  Although it is not about WW1, which ended 100 years ago on the 11th November it is about WW2; specifically the work done to break the codes used by the Germans

This wonderful book explains the origins and function of Bletchley Park as recorded in documents and according to the memories of some people who worked there.

The book caused me to reflect upon:- 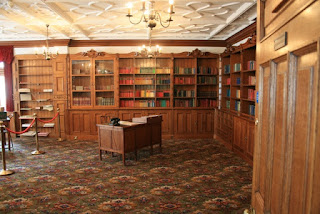 All those involved with Bletchley during its period of operation were amazing.  It was satisfying to realize  so many people were ready to give their all especially without any kind of reward or recognition.

This read of the month is extremely interesting and thought provoking.  If the opportunity arises do go and visit Bletchely Park. It is an amazing place.

Because this is the first "read of the month", I thought it apposite to launch a special offer; a sort of BOGOF(buy one get one free).

Keeping to the same theme (WW2) the second book is especially personal to me. It is:-

It recounts some of my father's experiences during the war.  I did not know of this until I read the book.  Rita Cosby, is a well known journalist in the States.  She was writing about her father's life in Poland and his war-time experiences.  My father came into the book because her father and my father met up in a "hospital" and became buddies doing everything together until peace-time.

This is a personal account of a traumatic event; Warsaw uprising.
It raises the question "what is it that makes some people withdraw and others to become intensely involved even when the outcome is likely to be catastrophic". Hence the title.

I hope you enjoy reading in as much as I did.

I would appreciate it if you did not buy them from Amazon; on the grounds of dubious business practices.

Quiet Heroes is not published in the UK.
Copies from the States are very expensive.
However I have some copies available for sale via my website www.annachelmicka.me at the special price of £5.00 including postage