Even though it is some time since I received the book contract from Hubble and Hattie I am still excited and elated. 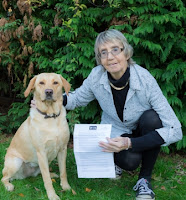 We finally agreed on a title (like most of my titles it is a bit long) "Canines, Campsites and Campervans: Rambles with Rover".  The title says it all.  It is a book of walks from campsites which are suitable for dogs.

The publication date is not until August 2018.  The reason why it is so far ahead is I still have a great deal of research to do.  I can only do this when the campsites are open.  Lots of them close for the winter, which is why elected to submit the manuscript in May 2018. In case during the write up I discovered I needed to check something .  I do hope I will have completed it well before then.  It is much better to submit early rather than have to ask for an extension.

I have been working on the book since I signed the contract. I have plenty to do besides going out and about collecting information. I have not done as much as I had hoped. This is due to contract obligations, relevant and necessary courses and follow up assignments and then a horrid chest infection that laid me low for weeks rather than days. 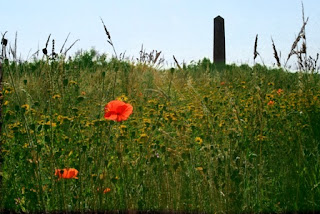 I had planned on going out this week to the National Memorial Arboretum in Staffordshire and Delamere forest in Cheshire. In the end I decided not to go firstly because I was offered some work which I really wanted to do. Secondly the weather forecast was for cold and snow. I was not sure I wanted to go out in my motorhome in such conditions even though I have a wonderful heater. Thirdly the clincher was that the campsite I was going to use whilst visiting the Arboretum was closed for the winter. So I am in the process of implementing plan B.

I have decided to include the National Memorial Arboretum in the book because when I visited it before it so impressed me. It is an amazing place and if you get the opportunity to go, do. Throughout the year they hold various exhibits and events. I was going now because they had a special event for dogs and their owners called "Paws for Remembrance". I thought this was most appropriate. Another time maybe.

If you wish to know more about the book please go to my website www.annachelmicka.me